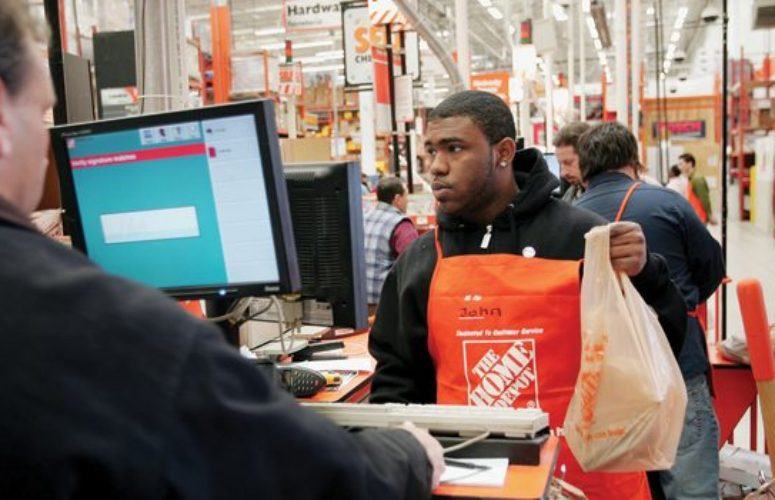 Economists see a slow, but steady growth in job creation over the remainder of 2014. (Scott Olson, Getty Images News, Thinkstock)

The New Jersey job market lags behind the majority of the nation, but positive outlooks remain.

Although the Great Recession, which began at the end of 2007 and lasted through the summer of 2009, is deemed to be over, New Jersey’s economic outlook – along with the rest of the nation’s – has been murky for the first half of 2014, but is poised to improve, economists say.

In recently released statistics from the Bureau of Economic Analysis, the US Gross Domestic Product (GDP) shrank 2.9 percent for the first quarter of 2014 (most recent estimate), compared to the 2.6 percent growth it experienced in the fourth quarter of 2013. Additionally, over the entirety of 2013, the US real GDP growth slowed to 1.8 percent compared to the overall 2.5 percent growth in 2012.

And, in terms of the unemployment rate, the US Bureau of Labor Statistics reported a 6.1 percent rate in June (most recent statistic available at press time), down from 7.5 percent in June 2013, and its lowest since September 2008 (6.1 percent).

So how does New Jersey compare to the rest of the nation? The Garden State ended 2013 with a GDP growth of 1.1 percent, which ranks it 37th out of 50 the states in terms of growth that year. And as of this past May, New Jersey’s unemployment rate hovered at 6.8 percent, ranking it 38th in the nation.

What do these less-than-stellar figures mean for New Jersey, and what are some of the possible reasons for it? Additionally, what is the outlook moving forward? On the following pages, New Jersey Business presents its 42nd Annual Top 100 Employers listing, which looks at employment statistics from many of the state’s largest employers, as well as economic trends the state, and the nation, are facing. (Non-profit higher education institutions, non-profit hospitals and government entities are excluded.)

New Jersey Business contacted and researched more than 100 target companies throughout the month of June in an effort to obtain information that includes 2014 employment figures throughout New Jersey, as well as companywide figures (either nationally or internationally), in addition to financial (if applicable) and executive information. The 2014 New Jersey employment numbers were then compared to the previous year’s numbers, individually and in the aggregate.

There can be a number of possible factors as to why 2014’s totals are slightly less than the previous year, which for one, include different companies making it into the Top 100 compared to last year’s list. Without breaking down each company specifically, economist James W. Hughes, dean of the Bloustein School of Planning and Public Policy at Rutgers University says that whenever there are mergers or acquisitions, for instance, downsizings occur. Additionally, many companies are consolidating business operations and changing the way they conduct business, which also leads to downsizings.

One must also keep in mind that the aforementioned numbers are only a miniscule sample of the companies and the total employment in the state. And although it doesn’t seem to match the trend of the 1.2 percent New Jersey unemployment rate decrease from the previous year, the state as a whole has been going through an employment “lull” from mid-2013 and into 2014, according to Hughes.

“New Jersey was on a pretty solid job growth path, but then it started to stumble a bit,” Hughes says. “Based on the first six months of 2013, we were on track for major increases over the year before. But then over the summer, somebody hit the economic pause button and job growth flat lined over the next nine months. However, there really isn’t one specific explanation for it.”

Hughes points to New Jersey’s summer season – a big driver for the state’s economy – as one potential reason why job growth was not what it was projected to be.

“We had a weak summer shore season in 2013 due to the perception that Hurricane Sandy left, which I think impacted dollar flow into the state and out of the state … that affects jobs,” he says. “Not only did outsiders spend their dollars outside of the state, but many New Jerseyeans went out of state to spend their money as well.”

While the summer shore season a factor in employment and state GDP figures, Hughes adds that the “very harsh” winter played a large part in the slower-than-expected recovery, not only for New Jersey, but for a large portion of the country.

Moreover, Hughes says that New Jersey has been growing at a slower rate than the rest of the nation in terms of demographics and population. “So, even if there weren’t those other factors, our economy would be growing more slowly than the nation because we are not getting the demographical driven component of economic growth,” he says. “That is, if you have strong population growth, it translates into housing construction, retail construction and various population-serving jobs like doctors, accountants and things of the like. Those locomotives have slowed down dramatically.”

All is not doom and gloom, however – and Hughes says it is important to note that there is no one perfect measure to gauge the health of the economy. He does see job growth picking up for the remainder of 2014 and into 2015.

“I think we will see [improvement] by virtue of a better summer shore season and a better pickup in construction and rebuilding,” he says. “We will also see gains in retail employment, healthcare services, leisure and hospitality, which is mainly hotels and restaurants, for instance. If the leisure and hospitality industry has good job growth, it means the rest of the economy is out there spending – eating out and traveling. And nationally, we have a pretty steady job growth trajectory that will filter back down into the state. So the growth has gained legs, but our best estimate right now is better job performance for the balance of the year. It is not going to be growth with both guns blazing, so to speak, but it is going to be positive.”