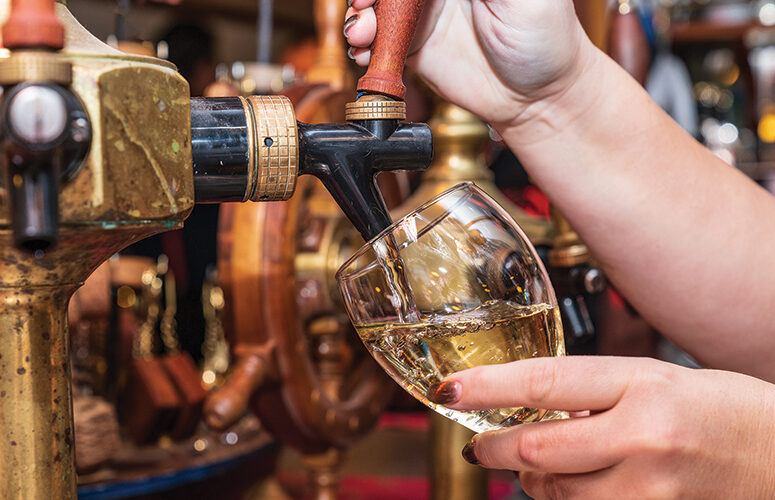 South Jersey, like the rest of the state, was hard hit by COVID-19, but as life returns to normal, the region’s economy is roaring back.

Businesses are being lured to the state’s southern counties by, among other things, lower property taxes, a lower cost of living relative to the rest of the state, attractive locations, and a vibrant workforce.

“If you are a business in anyone of those categories, we have a lot to offer,” says Lauren Moore, president, Atlantic County Economic Alliance (ACEA).

“South Jersey also has something northern New Jersey does not; space,” adds Christina Renna, president & CEO of the Chamber of Commerce Southern New Jersey. “South Jersey has room for businesses to expand and grow. You can buy acres of land and given that the region is more vast and agricultural, it does not face the congestion other areas of the state are somewhat known for.”

Moore points out that there are several major projects underway designed to boost the region’s economy, among them, the South Jersey Transportation Authority’s development of 400-acres near Atlantic City International Airport. This project includes 1.5 million square feet of cargo space for an aeronautical facility.

According to ACEA, the project is designed to leverage the existing aviation industry, including the Atlantic City International Airport, the Federal Aviation Administration William J. Hughes Technical Center, and the Department of Homeland Security operations as well as create quality jobs over the next five to seven years.

In addition, ACEA is joining forces with the National Aerospace Research and Technology Park to develop a world-class aviation, innovation hub.

“We also are partnering with the South Jersey Transportation Authority to assist in the development of aviation sectors such as cargo, maintenance and repair at Atlantic City International Airport,” Moore says.

The most high-profile project currently underway in South Jersey is the New Jersey Wind Port in Salem County, which is on track to bring jobs and millions of dollars to the region.

“South Jersey is the wind energy capital of the state, and quite possibly the entire Northeast,” Renna says. “Between the New Jersey Wind Port, the collaboration between Orsted and PSE&G with its Ocean Wind 1 project, and future projects in the pipeline for Atlantic Shores and others, this represents an exciting time for the region and the renewable energy industry.”

Looking at Ocean Wind 1 specifically, Renna says that the project is expected to spend $695 million in the region and bring hundreds of union construction jobs to South Jersey, plus nearly 70 high-skilled jobs to the Atlantic City area.

“This is a huge, huge project,” says Marlene Asselta, president, Southern New Jersey Development Council. “Salem County is one of the counties that really needs that kind of an economic boost.”

The healthcare and education sectors are also experiencing a surge.

“We are seeing a lot from the medical community,” Asselta says. It is spending more of its resources. It is paying more attention to all things related to addiction, in terms of economic development, not only social programs.”

Additionally, the Deptford Mall is providing services to the community for both emergency and outpatient care, according to Asselta.

Healthcare initiatives Renna points to include innovative collaborations between Rowan University and Virtua Health to create a new academic health system, and Cooper University Health opening a new acute stroke and neuro interventional suite, which is the first of its kind in the nation.

Although tourism took a beating during the pandemic, there are signs of recovery.

Atlantic City, according to Moore, is seeing record profits and record economic activity. “There are significant investments in Bally’s and the Hard Rock casinos. Tourism, hospitality and gaming is about 60% of our economy,” he explains.

Toll-paying traffic on the Atlantic City Expressway was up 6.5% in the first quarter of 2022 over the same period last year, while the number of passengers using Atlantic City International Airport was up 69%, according to the South Jersey Transportation Authority. For the month of May, toll-paying traffic on the Expressway was 3% higher than the previous year, while passenger traffic at the international airport was up 27.1% for the same period.

Gaming revenues were up 15% in May 2022 from one year ago, with overall gross receipts overtaking pre-COVID levels, according to ACEA. In June, however, revenue growth increased by just 2.2% from the previous year.

Meanwhile, the wine and brewery industries are expanding.

“There is not a month that goes by that you don’t see another farm with grapevines growing and, eventually, a winery opens up. … That’s all part of the tourism industry,” Asselta says.

“There is a real interest in wineries. They have a different feel than a brewery or distillery. A winery can also be the host of a wedding or an anniversary party,” she explains.

With the legalization of recreational marijuana in the state, as well as the hemp industry, Renna says that South Jersey is perfectly positioned to capitalize on both, given the state’s expansive agricultural landscape.

On the transportation front, Asselta comments, “You want to place as many people near transportation hubs as you can and right now, we are happy to say that the Glassboro Camden Light rail line will be a reality not tomorrow, but maybe two to three years from now. That will provide transportation, so that you don’t have to have a car to get to work or get to school.”

Although the transportation network in South Jersey is not the same as in the northern part of the state, things are expected to improve, according to industry experts.

“The light rail line will certainly add to the ability to get yourself from lower Gloucester County into Camden, connect to Philadelphia or Trenton, and eventually to New York,” Asselta says. “That’s a plus when someone is looking for a job or has a job and doesn’t have the transportation to get there.”

Projects like the New Jersey Wind Port and the Glassboro Camden Light rail line are expensive initiatives that also present a challenge.

“There is always a funding issue,” Asselta says. “Once you get by the funding issue and who’s in control of the overall project, then you have the community. In some cases, it is either the residents, or community elected officials who oppose it.”

Nevertheless, Moore is optimistic. “I envision an extremely bright future. I want to help grow the South Jersey economy so that is it good for all of us.”