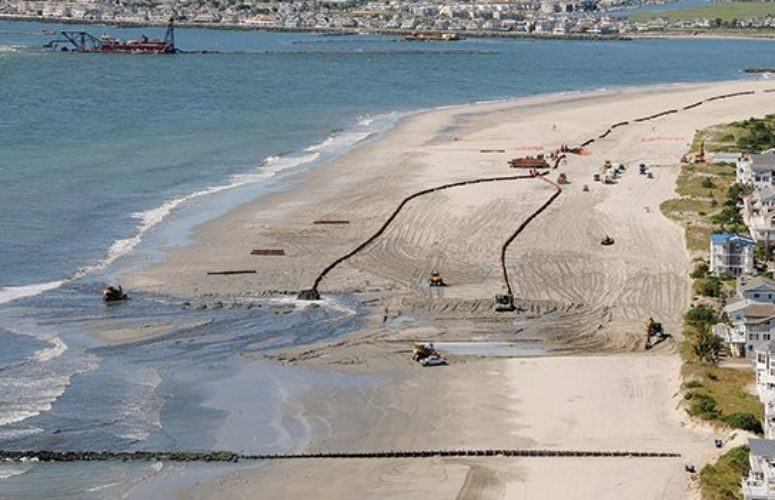 25 Years of Ensuring the Shore

For 25 years, with many hurricanes, nor’easters, winter storms, one perfect storm and a super storm in between, the Jersey Shore Partnership has been helping “shore” up the funds necessary to replenish and maintain the state’s 127 miles of beaches.

No one can doubt the necessity of funds for our coastline, especially with Superstorm Sandy still fresh on our minds. This is why the Partnership is now supporting a bill to increase the money the state contributes to the Shore Protection Fund from $25 million a year, raised from the realty transfer tax, to $50 million.

Margot Walsh, executive director of the Partnership, explains that beach replenishment projects are split on a 65 percent/35 percent basis, with the federal government, through the Army Corps of Engineers, paying the larger percentage. New Jersey’s portion of the 35 percent is split among the state and local municipalities. Adding the combined resources together, experts say that more than $1 billion has been spent on shore protection in the Garden State these past 25 years.

“This is a huge investment of federal dollars coming into the state, which then sustains the economy of the shore, with its $20 billion in annual shore tourism revenues. With just a $25-million state expenditure, this is a very good investment and payback,” says John Zeliga of Verizon, who is Partnership chair.

The annual $25-million state contribution has been in place since 1998. Prior to that, and at the outset of the Partnership’s formation, it was $15 million. Walsh says more money is needed because of rising sea levels, more devastating storms and inland flooding. Because of the most recent cases of inland flooding, she says, “You just can’t treat the beach. You have to consider the estuaries, lakes and rivers that are all connected to the ocean. This is one of the reasons why we need more money.”

Another reason for the demand in increased funds is that beach maintenance projects must now be paid for on a 50/50 federal/state basis. The 65/35 split is only for beach replenishment projects.

The state funds are managed by the New Jersey Department of Environmental Protection. The Partnership does not get involved with prioritizing projects. That is between the DEP and the Army Corps of Engineers. “What we do is meet with our Congressional representatives to ensure funding is appropriated for beach protection. We also meet with state legislators and mayors,” says Partnership President Robert Mainberger, of Hatch Mott MacDonald.

This year’s co-dinner chairs are founders Tom Gagliano, chairman of the Partnership’s foundation, and Larry Downes, chairman and CEO of New Jersey Resources.

Commenting on the Partnership’s 25-year anniversary, Walsh says, “We just don’t exist for the shore community, and we just don’t exist for shore property owners. We exist to provide a wonderful quality of life for the people of New Jersey and surrounding regions. Beaches are part of New Jersey’s brand, and we invite everyone to join us in our efforts to ensure that our coast is protected.”