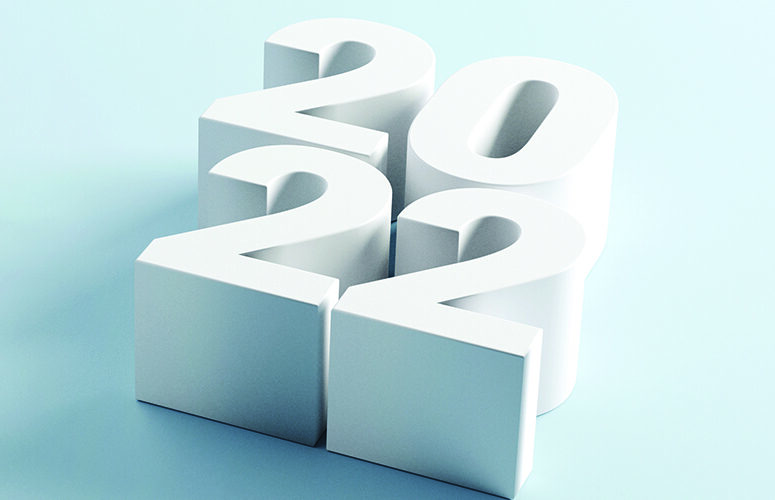 Against the backdrop of inflation, labor shortages, and supply chain issues, the national and NJ economies remain fairly strong and may be ready for additional growth.

Although the consumer price index marked its greatest increase since 1990 when it rose by 6.2% between October 2020 and October 2021, the global supply chain woes and labor shortages contributing to such inflation are arguably separate from what many consider to be a fairly strong US economy that created 531,000 jobs in October, albeit a lower 210,000 jobs in November. And while James W. Hughes, Ph.D., university professor and dean emeritus of the Edward J. Bloustein School of Planning and Public Policy at Rutgers University, notes that inflation for 2022 “is the great unknown,” he predicts an overall 2022 New Jersey economy with “slow, steady progress” that will track the nation’s trajectory. Of note, the SARS-CoV-2 Omicron variant was discovered shortly after Hughes made this statement, adding uncertainty to a broader US and global economic equation.

In the inflation arena, US companies are now absorbing increased costs and passing them onto consumers in a scenario dissimilar from stagflation, where inflation would exist in a weak economy.

Hughes says, “With labor shortages, labor has more room to negotiate and push for higher salaries. The question is: Do [companies] have pricing power? Will they increase prices to pay those increased costs? So far, they have. As we have seen, gasoline prices and the like are surging.”

He adds, “Four or five months ago, we were assured that inflation was going to be transitory and ease up. Now, we have a lot of uncertainty. We’re certainly going to see inflation as we enter 2022, and it’s uncertain where it will ease as we move through the year.”

As for labor shortages triggered in part by generous pandemic-era unemployment benefits, older workers retiring, workers struggling to locate childcare, and other workers fed-up with what they perceive as difficult labor conditions, Hughes says, “There are job opportunities out there, but [applicants] are not going to jump at the first ones. And because there are opportunities, why [would applicants] not [take the time to] explore them to the fullest extent? So, as we move deeper into 2022, maybe we will see some easing [in the labor shortage], but, also, perhaps as [employee] benefits increase along with salary increases, there will be more attractive jobs to go back to.”

Regarding difficult supply chain issues, Daniel Trout, partner at Hightower Financial Principles, underscores that economic recessions are caused by a lack of demand and rising unemployment, and not supply problems. Of the current global logistical woes, he explains: “I just have to wait six months longer to get whatever product it is I want. And as long as that demand is there, the supply chain is not going to trigger us into a recession, and it probably won’t knock the stock market too much further back.”

Trout explains that consumers are in “fantastic shape,” with record high savings accounts, brokerage accounts, 401(k)s, and equity in their homes, enabling them to spend more money. Trout additionally cites the fact that interest rates are expected to remain low into 2022, with the Federal Reserve indicating that it may not raise them until the third or fourth quarters of the year. A third economic stimulative component is the recent Infrastructure Investment and Jobs Act, which includes $550 billion for bridges, tunnels and other infrastructure, and which is slated to generate construction jobs and other economic activity in 2022.

With corporations earning profits – and since New Jersey tends to track the national economy – again, growth may occur here in 2022. However, those successes may present themselves differently than they historically have, including, for example, some jobs not returning to brick-and-mortar retail stores.

Hughes says of overall job creation: “We’re looking at maybe a 2023 [New Jersey] full recovery, at least in number, with different jobs. We’ll match the previous peak of 2020. Again, we’re prisoners of the global and national economy … we don’t deviate too substantially from it.”

In the stock market sphere, the announcement of coronavirus vaccines in late 2020 promised improved economic output that would, in turn, generate greater earnings, translating into increased stock price levels for the remainder of the year. Steven Gelber, associate wealth advisor, Hightower Financial Principals, notes that valuations can remain slightly elevated for a longer period of time when interest rates are as low as they now are, primarily because there’s no yield in fixed income and investors must turn to equities for meaningful investment returns.

He explains that while price-to-earnings ratios are slightly above historical average values, he also says that there are still areas of the market that are playing “catch up.” He adds, “Whether or not the broad market is slightly overvalued from a historical perspective, we do think that it can continue to remain supported by low interest rates through 2022, and we’re being optimistic in areas of the market that we are investing in.”

Trout says overall, “We’re ripe for a [market] correction, we should get a correction – they’re common; they’re expected. Then, we will get back to analysis of the fundamentals, which are still constructively positive, and we should be cautiously optimistic that [the stock market] will be higher one year from today.”

On the commercial real estate front, David Bernhaut, executive vice chairman of Cushman & Wakefield’s Metropolitan Area Capital Markets Group, located in East Rutherford, says that what could be more than 15 million square feet of space in New Jersey corporate campuses that were built decades ago will continue to right-size and downsize as business’s needs change, moving from 500,000-600,000 square foot campuses to 250,000-300,000 square feet elsewhere in the market. Bernhaut says these actions have been “very beneficial to the office market in general.”

Another positive trend has emerged following 2020’s exodus of city residents into the suburbs: Facing labor shortages, companies are catering to these workers by establishing pre-built, smaller units in New Jersey where employees can work remotely.

As for industrial real estate, including warehouses and distribution centers, e-commerce is fueling a scenario in which the leasing market is extraordinarily tight, and the overall market is roaring. For example, when Amazon leased space from the Port Authority, Cushman & Wakefield’s Managing Director Kyle Schmidt says, “that kicked out a bunch of users that had been there historically, and they dumped into a market that had a near-zero vacancy rate. As a result of that, you saw rents go from the high teens well into the high $20s per square foot. … You can mirror that example all the way up and down the Turnpike. Users are moving out of, say, [exit] 8A [off the NJ Turnpike] … where rents [used to] peak at $5.50. You are now going to see $12 and $13 rents coming, again, with 0% vacancy.”

Citing climate change and what some feel is the need for offshore wind in New Jersey, New Jersey Board of Utilities President Joseph L. Fiordaliso says of many upcoming wind projects in the state: “We are moving forward to ensure that New Jersey becomes the offshore wind mecca, if you will, of the East Coast. We are hoping that our first turbine is in the water by 2025.”

Fiordaliso also says of clean energy: “We are going to see, in 2022, a lot more government involvement on the federal and state [government] levels, as far as businesses are concerned. We’re cognizant of the fact that clean energy costs money, but we are also cognizant that if we don’t do something about [creating clean energy], we’re being derelict in our duty.”

As for energy prices, Fiordaliso says, “I am not seeing – right now – any dramatic increase that’s going to adversely affect businesses in particular.” He cites the weather, inflation and the price of natural gas as factors that could possibly affect pricing.

LINDA Schwimmer, president and CEO of the New Jersey Health Care Quality Institute, cites a range of 2022 prognostications in her area of expertise, including her belief that there will be activity surrounding healthcare affordability in New Jersey.

“Health insurance costs for small businesses are skyrocketing this year,” she says. “Our bill [at our organization] was close to a 13% increase, and that was already on a very high bill. Some of it is because of COVID, for sure: There are new costs associated with the treatment of COVID. There’s also a lot of uncertainty, and whenever there’s uncertainty, insurers just assume the worst and, by nature, they have to predict risk and they have to be conservative in that prediction.”

Across an array of sectors, the future possibly appears bright for New Jersey, again, as it likely will rise with gradual economic tides that may buoy both national and global economies.