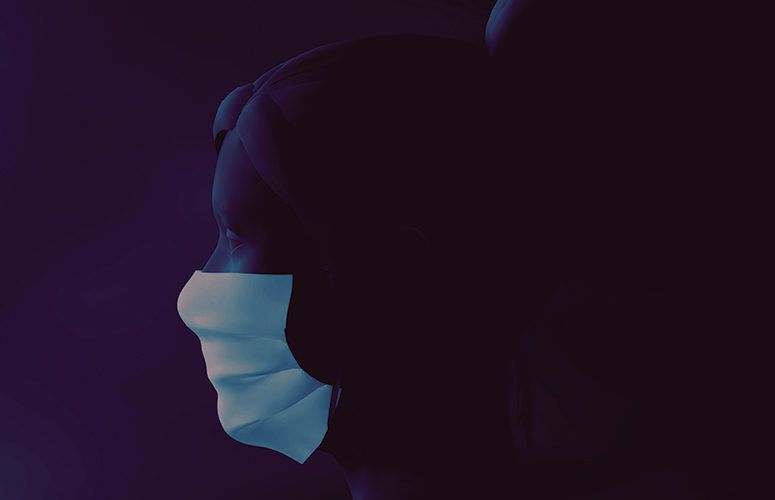 As the country continues to navigate the COVID-19 pandemic, the prospect of a new federal administration raises even more questions about what the US economy will look like over the course of 2021.

The distribution of a vaccine looks to be a significant step towards conquering the virus that prompted governors across the country to impose lockdowns that wreaked havoc on the economy for much of 2020. However, approval and distribution are only part of the puzzle, as widespread public adoption of the expedited vaccine continues to be an enormous hurdle.

But even when we are able to put the health crisis aspect of COVID-19 behind us, these past 10 months have planted the seeds of permanent systemic change that very few – if any – industries will be totally immune to. What many have referred to as a “new normal” is more than just accepting a plexiglass divider between workstations, or being more conscious about washing one’s hands, but instead is a fundamental change to the way that businesses operate and make decisions.

For example, once the pandemic is behind us, will CEOs still want to fly an employee across the country and pay for a hotel for two nights, all for a simple hour-long meeting?

“There may be permanent [structural] changes in the airline and hotel industry,” Hughes says, for example. “Some part of that industry – travel and lodging – doesn’t have to be done. It can be done electronically.”

The fundamental change of working from home will also have a massive impact on the office industry in the years ahead, according to Hughes, as more companies realize the benefits – particularly cost saving and employee satisfaction – of working from home.

Who Controls the Senate?

As much attention as the 2020 presidential election has gotten, it’s the fate of the Senate that will determine what types of policy changes will actually take place over the course of the next few years.

“That itself is going to be the prime determinant in whether there is any fundamental shift in policy,” Hughes says.

Control of the Senate will be determined on Jan. 5, when Georgia holds two runoff elections after no candidate received a majority of votes in either election on Nov. 3, 2020.

Of course, there are still stark differences in philosophy between the Republican and Democratic presidential candidates this past election cycle.

Whereas under the Trump Administration, the private sector acted as the prime determinant for what areas of new investment should take place, under a Biden administration, the government would play a much larger role, through regulation and taxes, in making the investments that it feels would advance the economy.

“That latter point of view is probably spreading, even among European countries, in the face of challenges from China,” Hughes explains. “We may need more specific government investments in ship making, for example, to maintain our technological lead [over China].”

One exception could be the financial transaction tax that some in the Legislature may want to pursue in order to help soften the fiscal cliff after more than $4 billion in bond revenues are gone. However, Emigholz adds that it has been met with opposition from business, academia and labor.

“I do expect the UI payroll tax to increase to replenish the UI fund, but this is an automatically triggered increase that happens without any legislative action,” Emigholz says. He adds that bill A-4853, which at press time is on the governor’s desk, would soften the impending $1-billion payroll tax increase by addressing both the business-specific experience rating and the rates driven by the overall health of the fund.

Emigholz says that without this legislation, which NJBIA supports, “the payroll tax increase would penalize struggling employers who had layoffs that were beyond their control during the pandemic.”

In terms of healthcare, president and CEO of the New Jersey Health Care Quality Institute (NJHCQI), Linda Schwimmer, says that current President-Elect Joe Biden ran on three ideas about improving the industry, including lowering the Medicare eligibility age; adding a public option to the healthcare exchanges; and giving Medicare the power to negotiate prescription drug prices.

However, because of the current political landscape, the chances that those ideas pass through Congress in 2021 are improbable, according to Rob Andrews, CEO of the Health Transformation Alliance (HTA) and NJHCQI board member, who spoke at the Institute’s annual winter conference.

He adds that a Biden administration can, however, create administrative changes that would strengthen the Affordable Care Act and support healthcare overall, including: financially rewarding higher quality providers rather than providing reimbursements solely based on how often and how many things providers do; value-based purchasing for drugs, and an increase in data and price transparency.

“The current administration has started the push for price transparency across every sector of the healthcare system, from hospitals to pharmaceuticals to health plans. We now spend more than $3.81 trillion annually on healthcare, [and we know] that a portion of those dollars could be better spent,” Schwimmer says. “We must continue to pull back the curtain to see what is driving that spending and how to reduce it.”

The policies driven by New Jersey’s Energy Master Plan (EMP), which was unveiled one year ago by Gov. Phil Murphy, and calls for 100% clean energy by 2050, will also have big impacts on costs for both businesses and consumers alike.

“We have to know what the cost is, and we have to know if we are getting the best bang for our buck in a variety of different programs,” New Jersey Board of Public Utilities (BPU) President Joseph L. Fiordaliso says. “You have reasonable people from the government on down who are not going to do anything to jeopardize the business climate in New Jersey, or the ability for our ratepayers to have heat and everything else that they want.”

He says that while the push towards a clean energy economy is important, right now, clean energy alone cannot pick up the slack.

“People ask me if natural gas is going to become obsolete one day, and the answer is no, certainly not in our lifetime. If we shut off [natural gas] tomorrow, we are not going to have heat,” Fiordaliso says.

“We need to move forward with incremental steps that change how we produce and consume energy. We need to take advantage of changes in technologies and be mindful of costs, and we must do all we can today to reasonably reduce carbon emissions and continue to upgrade energy systems,” says Ray Cantor, NJBIA vice president of government affairs, adding that a clean energy future, “cannot come at the cost of affordability and reliability.”

“One of our primary objectives is not only to generate new ways to make energy, but to make a more progressive economy,” Fiordaliso adds.

Meanwhile, banks across the country continue to deal with record low interest rates, though John E. McWeeney Jr., president & CEO of NJBankers, says, “even with that, [pre-pandemic] loan volume was very strong.”

The pandemic’s biggest impact on banking is that it has accelerated the digitalization of the industry, a trend that you’d be hard pressed to find an industry totally immune to.

“I think it’s advanced the whole evolution of digital banking by 5 or 10 years,” McWeeney says, adding that he believes the digitalization is here to stay.

Perhaps the biggest thing that banks are paying attention to heading into 2021 is how their relationship may or may not change with regulators.

“Banks and regulators work closely together,” McWeeney says. “That relationship is a critical one, and has been a strong one in recent years. One thing we are closely looking at is who [a Biden administration] would appoint to head the [various] regulatory agencies.”

McWeeney says that Biden’s announcement of Janet Yellen as his administration’s treasury secretary was viewed largely as a positive throughout the banking industry, as she is well known from her time as chair of the Federal Reserve.

“The agencies have such a big impact on how banks operate,” McWeeney says. “If it is a more collaborative relationship, that is great, but if the regulators take a more punitive approach, that could be damaging. So far, I think we’ve been encouraged by the appointees that have been announced.”

McWeeney says that the banking industry ultimately goes up and down as the economy goes, so the importance of a strong economy is paramount.

“Getting another round of stimulus out there to help unemployment benefits, small businesses, and local and state governments is critically important,” McWeeney says. “We also feel that this is not the time to be instituting new taxes while we are trying to deal with the pandemic. Hopefully, there won’t be new taxes to suppress economic activity.”

Despite what appears to be a new federal administration taking over in Washington, D.C., the makeup of Congress will largely dictate what sweeping changes could happen across any particular industry. The behavioral changes driven by COVID-19, however, do not share the same system of checks and balances that our government has, which could lead to more systemic changes that affect our economy in the years ahead.