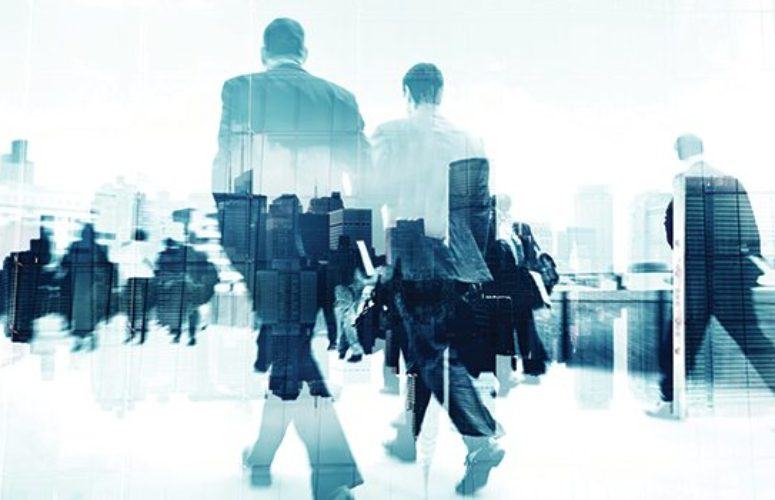 Optimism continues going into 2016, with sales, profits and hiring continuing on an upward trajectory. However, members are cautious as they look ahead. 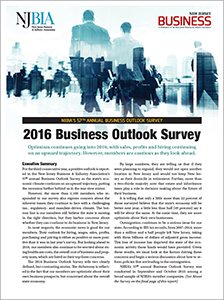 For the third consecutive year, a positive outlook is reported in the New Jersey Business & Industry Association’s 57th annual Business Outlook Survey as the state’s economic climate continues on an upward trajectory, putting the recession further behind us in the rear view mirror.

However, the more than 1,100 members who responded to our survey also express concern about the inherent issues they continue to face with a challenging tax-, regulatory- and mandate-driven climate. The bottom line is our members still believe the state is moving in the right direction, but they harbor concerns about whether they can continue to do business in New Jersey.

In most respects, the economic news is good for our members. Their outlook for hiring, wages, sales, profits, purchasing and pricing is either as positive or more positive than it was in last year’s survey. But looking ahead to 2016, our members also continue to be worried about rising healthcare costs, the overall cost of business and property taxes, which are listed as their top three concerns.

The 2016 Business Outlook Survey tells two clearly defined, but contrasting stories. The dichotomy is reflected in the fact that our members are optimistic about their own business prospects, but concerned about the overall state economy.

By large numbers, they are telling us that if they were planning to expand, they would not open another location in New Jersey and would not keep New Jersey as their domicile in retirement. Further, more than a two-thirds majority note that estate and inheritance taxes play a role in decision making about the future of their business.

It is telling that only a little more than 22 percent of those surveyed believe that the state’s economy will be better next year; a little less than half (49 percent) say it will be about the same. At the same time, they are more optimistic about their own businesses.

Outmigration continues to be a serious issue for our state. According to IRS tax records, from 2007-2014, more than a million and a half people left New Jersey, taking with them billions of dollars of adjusted gross income. This loss of income has deprived the state of the economic activity those funds would have provided. Given these results, we must look at the factors driving these concerns and begin a serious discussion about how to reform policies that are leading to the outmigration.

NJBIA’s 57th annual Business Outlook Survey was conducted in September and October 2015 among a broad sample of NJBIA’s member companies.

Learning Workplace Skills Through the Arts